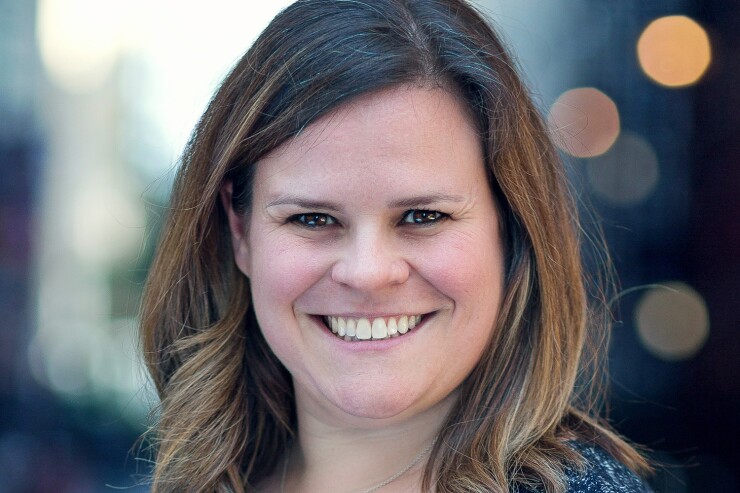 A drumbeat of criticism is building over a proposed global tax regime that may hurt demand for tax-exempt debt and other U.S. tax credits.

What’s not clear is whether Treasury is hearing it. At issue is implementation of the Organisation for Economic Cooperation and Development’s new minimum global corporate tax rate of 15%, a deal agreed to last year by 136 countries. Aimed at making it more difficult for major multinational companies to pay low tax rates, the minimum rate is set to take effect in 2023.

The so-called Pillar Two agreement creates a “top-up tax” that allows other countries to bring a company’s tax rate up to 15% if the rate falls below that in any of its jurisdictions. In the U.S., many companies use tax-exempt interest and various tax credits to bring their rates below 15% — a move that would lose its advantage if the company had to meet the minimum threshold anyway.

A number of economic development groups, tax attorneys and lawmakers have warned that Pillar Two could hurt American companies and dampen interest in tax incentives at a time when the U.S. is embarking on a major infrastructure program.

U.S. companies that would be affected by the new rule claim about 70% of the incentive tax credits and 80% of the tax-exempt interest reported by all companies, said a group of nonprofit and business organizations, including the Securities Industry and Financial Markets Association, that sent a March 28 letter to Treasury Secretary Janet Yellen urging her to modify the rules.

While advocacy groups like the Council of Development Finance Agencies have been talking regularly with lawmakers, Treasury has been less responsive, said Katie Kramer, vice president of the CDFA, which has organized a coalition on the issue and in April sent a letter to Yellen urging her to protect the tax incentives. The Bond Dealers of America also signed onto the letter.

“We have had very productive conversations with Congress,” including lawmakers on the Senate Finance and House Ways and Means committees, Kramer said. “Congressional leaders are very aware of the situation and very concerned it could negatively impact important tax tools we have,” she said. “We have not received the same level of communication from Treasury and they have not accepted our requests for meetings. We’re hoping to see that change.”

Kramer said the CDFA coalition is launching an advocacy effort this summer to educate organizations about what the new regime could mean for their investors and their ability to raise capital.

“It takes years to raise capital and any hesitation in the markets makes their jobs more difficult,” Kramer said, adding that she has heard that states are also beginning to voice concerns to lawmakers and Treasury.

The CDFA and other tax incentive advocates would like clarity around Treasury’s thoughts on the tax credits and its communication with the OECD, Kramer said.

Some clarity came this week in a published report. On Thursday, Politico quoted Treasury’s assistant secretary for tax policy, Lily Batchelder, as downplaying the impact on tax credits when speaking at a conference hosted by the D.C. Bar Taxation Community. Politico quoted Batchelder as saying her team is “confident that the value of many of our general business credits is preserved under the OECD rules, and we’ve established a process with the OECD for working towards additional clarifications.” She singled out mentions of the low-income housing, renewable energy and the New Markets Tax Credit, the report said.

Comments like that are a positive sign, said Emily Cadik, executive director of the Affordable Housing Tax Credit Coalition.

“Treasury has made some very encouraging statements in recent days indicating their intention that the housing credit and other credits would largely not be impacted by the Pillar 2 rules implementing a global minimum tax,” Cadik said. “However, additional clarity and guidance will be needed, and the details will be important to ensure continued robust investment in the housing credit.”

Lawmakers – particularly Republicans on the Senate Finance Committee – have expressed frustration with Treasury’s lack of communication on the issue.

Sen. Mike Crapo, R-Idaho, who sits on the Senate Finance Committee, is one of several Republican lawmakers who sent a letter to Yellen in February – following a December 2021 letter, which they said got no response – expressing concerns about the effect of the OECD agreement on U.S. competitiveness and tax revenue.

More recently, Crapo wrote an April 27 opinion piece in Bloomberg Tax that said Congress has been left “in the dark” about the new regime and that lawmakers from both parties have heard about its potential effects “not from their own Treasury Department, but from tax experts and American businesses.”

“Not only has the Biden Administration failed to seek the advice of Congress, but it also failed to do so while committing to terms with far greater implications than the traditional tax treaty,” Crapo said.

“Treasury officials now acknowledge that U.S. companies may lose the benefit of critical U.S. tax incentives even though their foreign competitors will continue to receive effectively the same benefits in their home countries,” he said.

Congress will vote on the OECD agreement.

The OECD is in the midst of working on implementation guidance while political and technical questions about things like the tax credits continue to swirl, said William Morris, PwC’s deputy global tax policy leader, in a May 2 “Policy on Demand” weekly video from the firm.

Morris noted the Republican Senate Finance concerns and said there are also “rumblings from Democrats in both houses.”

“I think there are particularly concerns about this credit issue, whether it’s research and development or the social credits, and Treasury is looking around for ways to solve this, but honestly I don’t think they knew what was happening when these rules were first put into place, and now there is some retrofitting going on,” Morris said.

Treasury did not return requests for comment for the story.