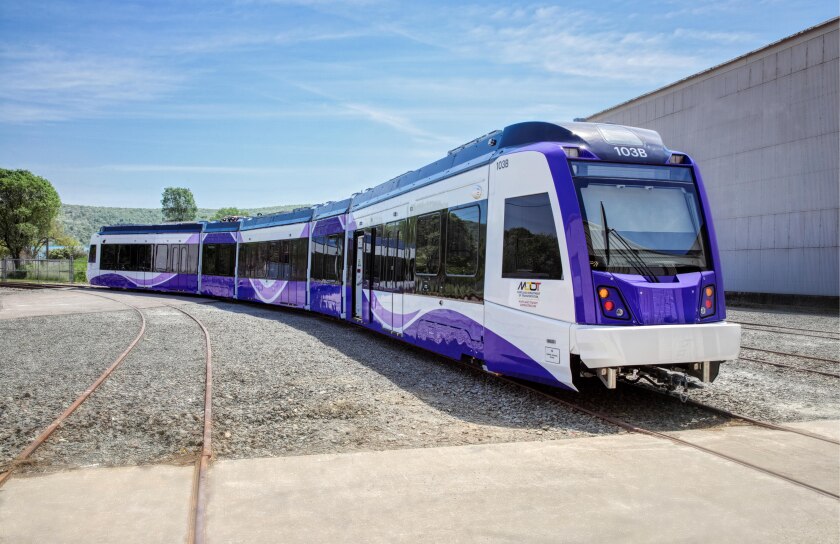 Maryland’s beleaguered Purple Line light rail project is set to tap the market with up to $700 million of private activity bonds marking a fresh round of financing to restart the long-delayed public private partnership.

Purple Line Transit Partners, the private concessionaire overseeing the project, is poised to price the PABs in “coming weeks” as it sets the stage to restart full-scale construction in the spring, according to a spokesperson for the Maryland Department of Transportation Maryland Transit Administration.

PLTP is also expected to apply for a $1.7 billion federal Transportation Infrastructure Finance and Innovation Act loan in another large piece of the financing for the development. MDOT MTA had projected the light rail line would be operating in March 2022, but the opening is now set for fall 2026.

The deals come with the Maryland Board of Public Works slated to vote Wednesday on a revamped public private partnership agreement that will bring in a new contractor and, among other changes, remove a key termination right that the last contractor relied on to walk off the job.

The moves are part of Maryland’s effort to relaunch the delayed and over-budget development of the 16.2-mile, 21 station light rail line between Bethesda in the northwest suburbs of Washington, D.C. and New Carollton in the northeast suburbs.

In the planning stages since 2008, the Purple Line was officially launched in 2016 with a 35-year P3 agreement with PLPT to design, build, operate and maintain the system. The arrangement included a $313 million PAB issue and an $875 million TIFIA loan. Ownership will remain with the Maryland DOT MTA.

The project quickly ran into a series of setbacks, including a court fight, a year-long delay and $800 million in cost overruns. PLTP tried to terminate the P3 agreement and the contractor shut down work in September 2020. The job was roughly 40% complete.

MDOT took over day-to-day construction, spending $219 million on the work, and over the next two years hammered out a revised P3 agreement with PLPT and found a new contractor to finish the job.

“Reflecting the post-pandemic market, the total P3 agreement cost includes rising material costs across the industry, a smaller labor force, material shortages due to supply chain challenges, increases in the insurance market and other factors,” said MDOT spokesperson Erin Henson. “The project, which originally was scheduled to be complete in March 2022, will be open for service for Marylanders in fall 2026.”

On the bond side, PLTP is expected to issue $700 million of PABs with a structure that’s “very similar” to the 2016 PABs, said Henson, referring to PLTP’s issuance, through the Maryland Economic Development Corp., of $313 million of PABs in June 2016.

The new PAB borrowing will be held in “coming weeks,” Henson said, declining to offer details on the finance team. MDOT is aiming for a late February/early March financial close on both the PABs and the TIFIA loan, she said.

PLPT’s existing TIFIA loan, which totals around $873 million, has had no funds drawn and will likely be terminated to make way for the new $1.7 billion loan, according to MDOT, which notes that current TIFIA rates of 2.11% are lower than the existing rates of 2.41%. The TIFIA loan will retain the 30-year term.

The Purple Line one of only two P3 transit projects in the U.S., with a third, Los Angeles’ Sepulveda Transit Corridor, in the pipeline, said Jonathon Gifford, a professor at George Mason University and director of the university’s Center for Transportation Public-Private Partnership Policy.

“It’s a very high-profile project and it’s been a very high priority for Maryland suburban districts for a long, long time,” Gifford said.

The challenges that have hindered the project have been followed closely by the P3 sector, Gifford said.

“Owners and concessionaires will definitely take the experience of the Purple Line into consideration as they move forward; you can’t unlearn those lessons,” Gifford said.

In August 2016, just two months after the PABs were issued, a judge revoked the project’s Record of Decision as a result of a lawsuit filed by the Friends of the Capital Crescent Trail against the Federal Transit Administration. The ROD was eventually reinstated, but roughly 16 months of work was lost. That caused PLTP to file claims for time and money related to the delays but the concessionaire could not come to an agreement with MDOT.

“What happened in terms of the Record of Decision was really unprecedented and project sponsors and potential concessionaires now realize that this can happen, and the contingencies about how that will be handled will be written into future P3 agreements for sure,” Gifford said. “Opponents of P3s will certainly use it as an argument against the P3 approach, whether that’s justified or not,” he added. “For sponsors, I think the important consideration is to have realistic expectations about critical risks.”

In November 2020, PLTP and the state reached an agreement to settle all the claims and terminate litigation. The state agreed to pay $250 million and PLTP agreed to continue as the concessionaire while bringing in the replacement contractor and obtaining financing to complete the project.

As part of the settlement, PLTP defeased the $313 million of 2016 PABs, a move that “allowed MDOT MTA to move forward on the project without requiring approval of the 2016 PABs bondholders at each step,” according to a January report the MDOT MTA submitted to the General Assembly two weeks ago.

PLTP is comprised of infrastructure investors and asset managers Meridiam and Star America. The new design-build contractor is Maryland Transit Solutions, made up of Dragados USA Inc. and OHL USA Inc. The team was one of two bidders who responded to the RFP issued in March 2021; a third earlier bidder declined to submit a final proposal, according to the MDOT MTA report.

Dragados has worked on the $2.4 billion Los Angeles International Airport Automated People Mover and three light rail projects in Canada, according to PLTP.

Other funding includes $900 million in a federal New Starts grant and other federal grants. The American Rescue Plan Act provided an additional $106 million specifically for the project, the state said.

PLTP is expected to increase its equity investment to $280 million and has agreed to reduce its rate of return by 20%, according to the MDOT report. Prince George’s County has committed $123 million to the project and Montgomery County another $210 million.

Like the old PABs, the new PABs will be structured so that they won’t count as state-supported debt and count against the state’s capital debt limit, the report said. The federal, state and local funds, as well as fare revenues, will be put into a trust account held by a trustee that will be completely separate from any state accounts.

The new P3 agreement that the Board of Public Works will vote on this week reflects “new and revised risks.” It gives the state responsibility for an array of possibilities like defects in completed construction work and unanticipated utility adjustments, and hands PLTP responsibility for defects in design work and for systems integration.

As under the original plan, Maryland will make a $100 million milestone payment when passengers are able to ride the system. That payment is already built into the state’s 2022-2027 transportation program.