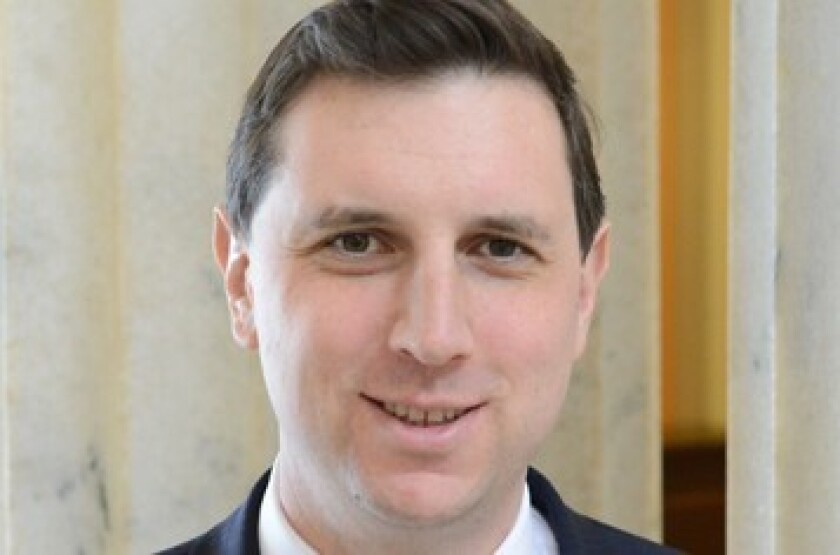 Magaziner, 38 and a Democrat, did so to underscore voter passage in 2018 of a $250 million school building bond that he championed.

“I believe the future of our state is hanging in the balance,” Magaziner said. “Now is the time to bridge divisions and to move past the old ways of doing things.”

Magaziner, a former elementary school teacher and venture capitalist in his second term as treasurer, said his central themes would focus on education, an innovative economy and “an end to cronyism and insider politics.”

He will challenge incumbent Democrat Dan McKee, 69, who is expected next year to seek election to a full term in 2022. McKee rose from lieutenant governor in January to succeed Gina Raimondo when President Biden named her U.S. commerce secretary.

The Democratic field includes a community organizer and medical doctor, Luis Daniel Muñoz. No Republican candidates have surfaced so far.

“It will be a very competitive race. Both challengers to the governor are highly qualified,” Sasse said. “This race represents a once-in-a-lifetime opportunity to change Rhode Island for the better.”

Rhode Island, the nation’s smallest state, is in store for roughly $1 billion of federal rescue aid.

“If used and invested wisely, that could be pretty influential in shaping the direction of the state,” Sasse said. “The key question is who will be a transformational leader.”

Magaziner was first elected treasurer in 2014, succeeding Raimondo when the latter won the governor’s seat. Previously he worked as an associate at Point Judith Capital, a venture firm that Raimondo co-founded.

As treasurer, he ran point for the formation of the Rhode Island Infrastructure Bank, which featured a rebranding of the state’s triple-A rated Clean Water Finance Agency. He also launched a “back to basics” policy lessening the pension system’s reliance on hedge funds.

Magaziner in July opposed a proposal by Elorza for Providence to borrow $850 million to cover its pension liability. He called the bill, which sits in the legislature, too risky.

His department announced last month that in August, the state pension fund had reached an all-time high of $10.34 billion, adding more than $2 billion of assets from the previous year.

Crisis management under McKee’s brief tenure has included a back-and-forth over statewide mask mandates in lieu of the COVID-19’s Delta variant, and the resignation of his chief of staff, Tony Silva, over a land deal in Cumberland that has prompted independent investigations by the attorney general and the state police.

“COVID is an issue everywhere, and education’s very important,” said Sasse, who referenced the state takeover of the school system in capital city Providence.