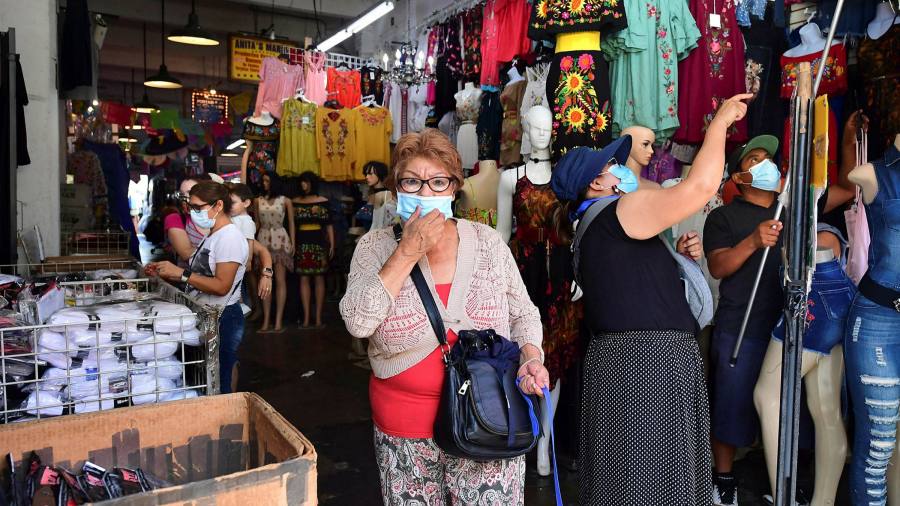 US consumer prices rose at a more moderate pace in August, in a sign that inflationary pressures associated with the economic reopening from Covid-19 lockdowns are easing slightly while remaining near a 13-year high.

The consumer price index published by the Bureau of Labor Statistics on Tuesday rose 5.3 per cent in August from a year ago — just below the 5.4 per cent level reported previously, which is the highest since 2008 and in line with the 5.3 per cent forecast by economists.

Month-over-month price gains slowed, with an increase of 0.3 per cent from July. That is markedly lower than the 0.9 per cent jump reported between May and June and a drop-off from the most recent 0.5 per cent rise from June to July.

“Core” CPI, which excludes volatile items such as food and energy, also decelerated. The monthly pace fell to 0.1 per cent, the smallest increase since February. On a year-over-year basis, it climbed 4 per cent compared with 4.3 per cent in July.

Most of the price gains seen so far this year have stemmed from sectors most sensitive to supply bottlenecks and other pandemic-related disruptions. While the pace of inflation is hovering around multiyear highs, July’s data showed the first signs that the increases were abating — especially for used car and truck prices and travel expenses, which have driven a substantial part of the increase.

The latest CPI reading offered further confirmation that inflationary pressures in those sectors are starting to subside. While prices for used cars and trucks are still roughly 32 per cent higher on an annual basis, they dipped 1.5 per cent from July.

In a sign that the more contagious Delta variant is denting business activity, airline fares dropped 9.1 per cent month on month while hotel room rates dropped 2.9 per cent.

“Reopening inflation had just about run its course anyway, as prices rebounded to pre-pandemic levels or higher, but the spread of the Delta variant, which appears to be weighing on demand for high contact services, has put renewed downward pressure on those prices too,” said Paul Ashworth, chief economist at Capital Economics.

Despite the slower price growth in August, consumers are braced for higher inflation to continue, with expectations over the short and medium term now at the highest level since 2013 when the survey was first launched, according to data published by the New York branch of the Federal Reserve on Monday.

Over the next year, consumers anticipate inflation of 5.2 per cent, up 0.3 percentage points from July in the tenth consecutive monthly increase. Over a three-year horizon, they expect gains of 4 per cent.

The vast majority of the economists surveyed in the latest poll conducted in partnership with the Financial Times by the Initiative on Global Markets at the University of Chicago Booth School of Business also expect inflation to surpass the Federal Reserve’s longstanding 2 per cent target for some time.

Roughly 70 per cent said it was “somewhat” or “very” likely the Fed’s preferred inflation metric — core personal consumption expenditures, or PCE — would still exceed 2 per cent on a year-over-year basis by the end of 2022. It last hovered at 3.6 per cent.

The CPI report did show that some inflationary pressures are building in other sectors, including housing.

Owners’ equivalent rent, which measures what homes would rent for, rose another 0.3 per cent from July for a year-over-year increase of 2.5 per cent. Shelter costs more broadly are up 2.8 per cent from a year ago.

Fed officials are debating when to begin scaling back the $120bn asset purchase programme put in place last year to support financial markets and protect against a more pronounced economic contraction.

The central bank set out two thresholds to meet before withdrawing or “tapering” that support, including “substantial further progress” towards 2 per cent inflation and maximum employment. Officials agree that the first of these goals has already been met.

No taper announcement is expected at the Fed’s upcoming policy meeting next week, especially after August’s lacklustre jobs report. Most of the economists polled in the FT-IGM survey are preparing for a move at the bank’s November gathering.

Treasuries rallied after the more muted inflation report, with the benchmark 10-year note trading 0.01 percentage points lower on the day at 1.317 per cent.